I’ve always done well with the pensioners. They’re absolutely my crowd. The kind of things they want to talk about, we share those in common. Why is the bus never on time? Why does a coffee cost £4 now? Why does everyone get so angry in supermarkets? I could, on any given day, chat to an elderly friend for hours about where they used to go when they’d bunk off from school. Or their entire employment history and every period of annual and maternity leave they’ve ever taken. The two of us, holding up a Tesco queue, baskets at our feet, not a care in the world.

Post braces and pre university freedom, my eighteen year-old self minced its way, unprepared and filled with adolescent sexual shame into the daunting world of Grindr. Skinny, toothy smiled and wearing bow-tie from the Top-Man on Bangor high street. As the messages flooded in for the very first time, it seemed someone was determined to ruin my aged friendships. I suspected God. Who else would have the power and the time on their hands to be so vindictive? I sorted through the photographs in my inbox. Photos of abdomens, photos of appendages, occasionally a secondary school teacher here and there. Quickly I regaled. Forced to reexamine a lifetime of warm reception from elderly members of the public. Should we find ourselves sat side-by-side at the bus-stop, I might think twice about talking to you now.

I’d heard stories friends having run-ins with revolting old men. Bellies hanging, the only thing protecting their modesty in the full body photographs they’d send. A friend once told me she’d been contacted on a fake facebook account she’d set up to check up on her boyfriend, by the step-father of someone we went to school with. The following afternoon on her way into work, the daughter of the cafe’s cook recounted, word-for-word, the same tale.

Still I’d yet to experience the hook-up, in all of its monstrosities myself. Boring date after boring date, I’d avoid, shamelessly, replying to the poor men who’d paid for us to go to the cinema or bought me a coffee. Until I found myself in a long-distance open relationship. However short-lived it was, it was not a hook-up. I was beginning to suspect my inclination towards the hopelessly romantic was biting me in the arse. Following this fizzling out, I found myself strutting back out there. This time with three times the committal. My next attempt at a hook-up was a newly qualified primary school teacher. Lovely, polite and horrifically boring.

So there we were, trapped in an endless series of unfulfilling dates. Neither of us even hinting towards the vague idea of physical chemistry. I’d agreed to meet up for a drink, initially, because he’d listened to me drone on about cis-privilege in the gay community and even rewarded me with an image of his face for the trouble. No awkward sexual chatter. My only exchange for having boring sex with him being a veggie volcano from Dominos. He taught children how to read, he didn’t deserve this sham. I later managed to finish us off by accidentally sending him a compromising photo intended for someone else. “No! Don’t open that! It was meant for someone else” does not in any circumstance result in a clean resolution. Regardless, I was up a pizza and he’d gotten a shag.

The dating app, in all of its comedy and tragedy has walked us further down the isle towards our inevitable marriage to our phones. Not a night out goes by without the reel of horror stories about unsolicited photographs and the subsequent angry messages should the horrified recipient not dignify the faceless genitals with a response.

The truth of the matter is, some of us, no matter how hard we try, aren’t made for a life of endless Tinder swiping. No matter how much effort we put into seeming non-committal or comfortable with anonymity, we’re hopelessly miles away from realising it. We’re connected now. For better or worse. Those of us not cut out for it better step up or move on. Maybe one day, the elderly woman in the vegetable aisle might just have a grandson she’s willing to palm off on a well mannered boy with a bag-for-life.

As for me? The smartphone is hung-up – pardon the pun, and I hope to never again wade into the murky waters or Grindr. If it works, it works. If it doesn’t, it doesn’t.

if I was feeling

north of the boarder,

or showering and cooking

to ask if they were busy

even when the opportunity arises

when someone texts me first

to standing on the

that either of us

besides the two of us together

I miss it when you visit me

I don’t get to drink coffee

‘round the corner to Lidl,

fill your cupboards with food

and make pasta for two.

There’s no fun to any of it

when the balls in my court 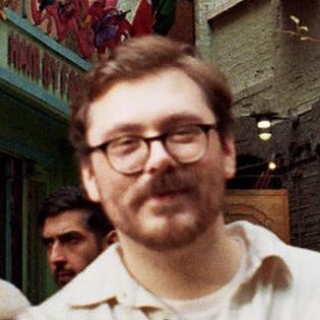